NASA warning: the possibility of solar flares hitting the earth 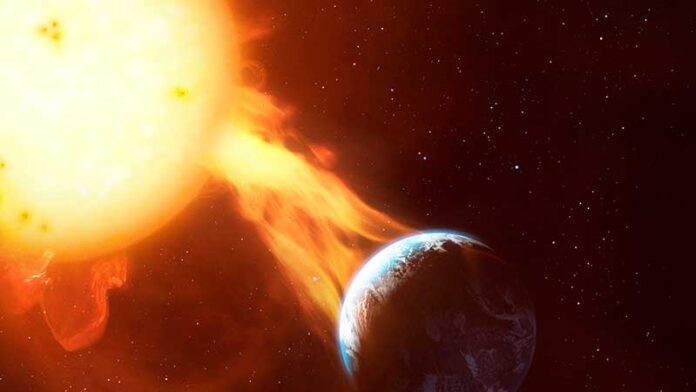 NASA experts have warned that a huge sunspot is heading towards Earth, which may send solar flares to Earth and cause widespread problems.

SpaceWeatherLive, which monitors real-time solar activity and the aurora borealis, announced that the sunspot region that was active a few days ago has now calmed down. This sunspot region is notable for having a magnetic delta structure. The existence of such a structure can cause the release of a class X flare, which is the largest type of solar flare.
NASA says this type of flare is very rare and dangerous because it is capable of producing as much energy as a billion hydrogen bombs.

NASA warned that if these flares are directed towards Earth, their flames could cause long-term radiation storms and damage satellites, telecommunications infrastructure, GPS systems, Earth systems and technologies, and networks. Electricity can cause damage and even cause widespread blackouts.

Of course, NASA also said that by taking previous warnings seriously, it can protect satellites and related technologies and possible consequences.

Last year, Sangeeta Abdo Jyoti of the University of California warned that a once-in-a-hundred-year solar storm could cause the end of the Internet.

Is the James Webb space telescope wrong in discovering exoplanets?

Features and security of the smart watch