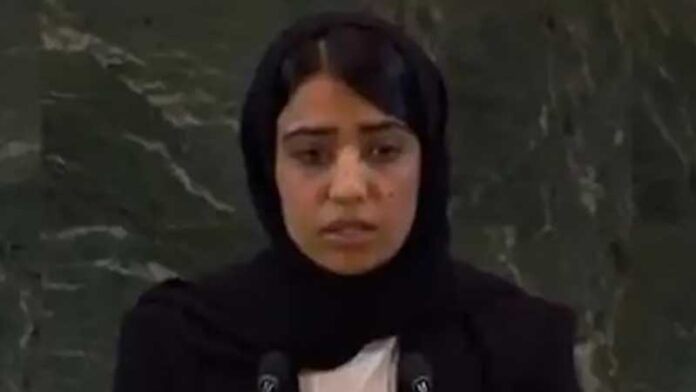 Somaya Faruqi, the captain of the Afghanistan robotics team, attended and spoke at the United Nations General Assembly, urging world leaders not to allow Afghanistan to become the graveyard of the dreams of girls and women in this country.

Farooqi said on Monday, September 19, that Taliban banned girls from studying after occupying Afghanistan, and after a year, there is no news about the reopening of schools.

He continued that the future and fate of girls in Afghanistan under the rule of Taliban is unknown and Taliban have removed girls and women from society.

She asked world leaders to not allow her and other girls in this land to become victims of politics if they agree that Afghan girls deserve education.

We remind you that last year, after the Taliban group came to power, boys’ schools were opened, but so far, schools for girls above the sixth grade have remained closed.

Noorullah Munir, Acting Minister of Education of Taliban, announced in recent days that the closure of schools is due to cultural problems in this country and the families are not satisfied with the reopening of girls’ schools.