Elon Musk: 5G mobile phones will be connected to Starlink satellites next year 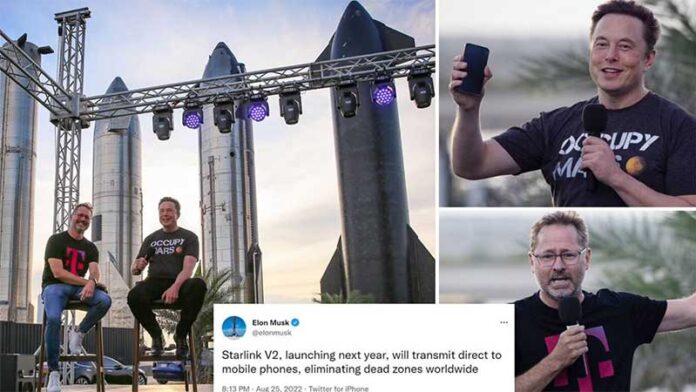 Elon Musk and T-Mobile, the wireless telecommunications company of the United States of America, announced that next year users’ mobile phones will be able to connect directly to SpaceX’s Starlink satellites, and Internet services will be available in areas where there is no antenna.

Elon Musk tweeted that Starlink V2, which will be launched next year, will connect directly to mobile phones.

SpaceX also wrote in a blog post that the lack of antennas in deprived and remote areas and people who travel to these areas has serious consequences.
SpaceX announced that this service could be useful for mountain climbers, remote villages, remote devices and some professions such as firefighters who work in emergency situations.

Starlink V2 practically eliminates dead zones and this action is the first step towards direct universal connection to mobiles. In addition, it will be possible to make voice and video calls and send SMS.

SpaceX has also explained that the services of this satellite have an excellent and extraordinary effect on safety, peace of mind, and the creation of commercial and individual opportunities in the world.

The company added that to use these services, there is no need to change mobile phones, such as software updates or installing new applications, or new operating systems.

Is the James Webb space telescope wrong in discovering exoplanets?