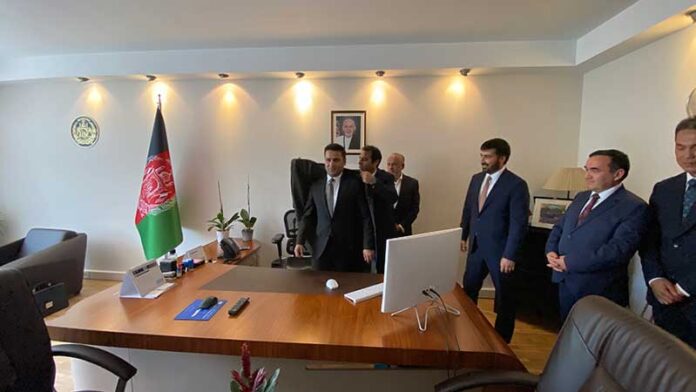 According to reliable sources, the Consulate General of Afghanistan in Turkey stole the consulate’s money and fled.

According to sources today, Saturday, September 10, Zabihullah Hossein Khel, the Consul General of Afghanistan in Turkey, stole hundreds of thousands of dollars from this center and disappeared.

The Afghan embassy has not commented on this matter.

So far, there is no news about Zabihullah Hossein Khel and it is not known where he went.

Taliban Wage War Over Coal in Northern Afghanistan. The battle for cash pits the...

balkhab - July 6, 2022 0
YAKAWLANG, Afghanistan—Fighting has been ongoing in the remote Balkhab district of Afghanistan’s northern Sar-e-Pol province over the past several weeks, part of a showdown...